Well, it took a while, but it is a beautiful machine – our first transport crawler, that was build purposely as a compact cross country transport device. Besides that we have got the necessary periphery. Transport truck, container, mobile fuel station and tools. And we have a full set of protective pads that we use on the steel tracks on delicate ground . They are even casted in our company colour! They were produced by our partner Felasto-Pur in Beverstedt/Germany.

Our four axle truck is an ex-firebrigade vehicle from Duisburg/Germany. It is a real eye-catcher! The truck looks impressive, especially after our friends from Feit Oberflächentechnik in Aufenau/Germany have had it in their hands! They even discarded our colour scheme in favor of their own ideas – and right they were! We have got a lot of compliments for the truck. On our transport plattform not only the fixtures for the tracked crawler are in place but the container, that has been redesigned to our needs, has its own brackets.

So we can get started!

And the first job will be VERY interesting!

This is the text of a typical German drinking song! Well our transport crawler TC30 does not wear shoes at all! But we have been shopping and found an alternative to a pair of highheels in the right green colour!

The track cushions are made of PU bei Felasto-Pur in Beverstedt/Germany. We paid the company a visit after BAUMA 2016. Mr. Riesenbeck gave us an interesting tour through the production facilities. We were impressed! Not only cushions in all variants, sizes and colours are being produced, but fenders for ships and harbour walls as well. They are of impressing size!

Our company colour was not easy to mix, but thanks to the expertise in Beverstedt we will get the exact colour for our little power crawler. We will have pictures posted as soon as they are mounted! 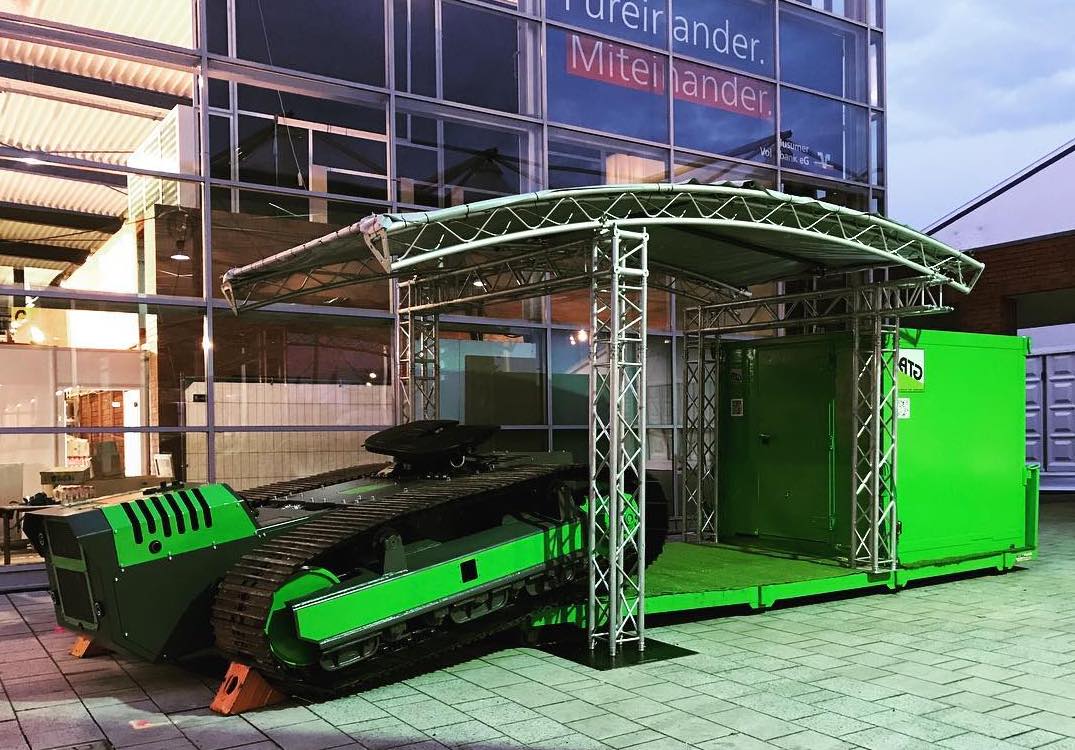 ATG ACROSS THE GROUND – Stand 0F01 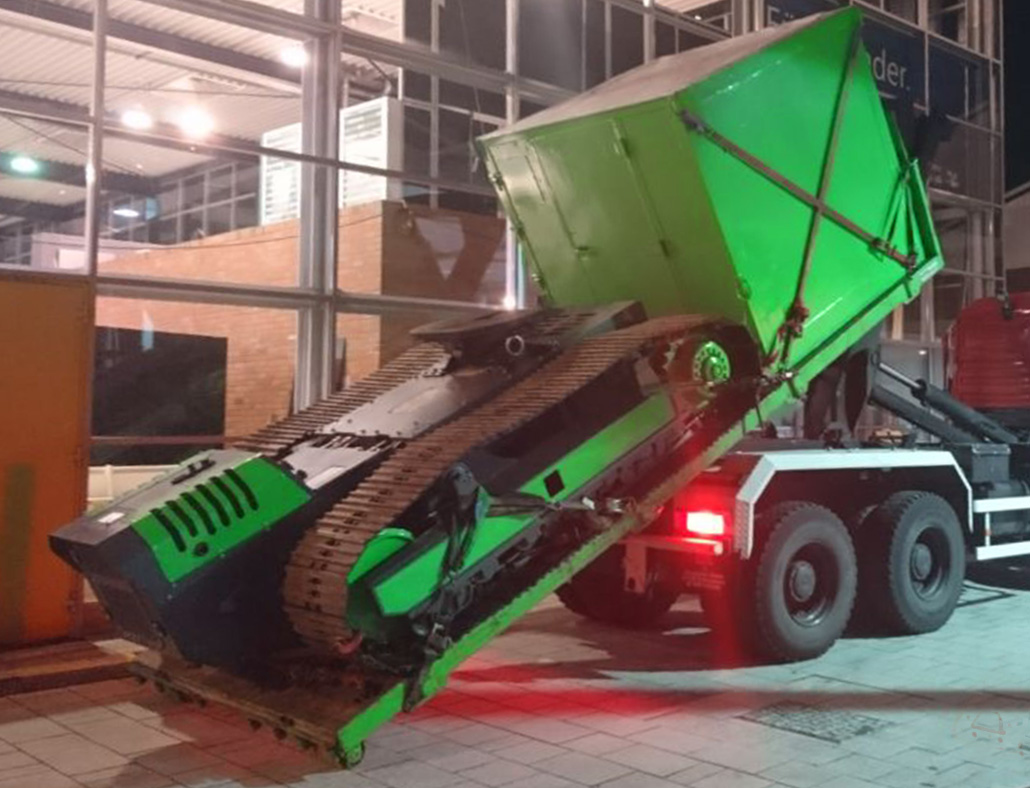